Will It Be Stormy? 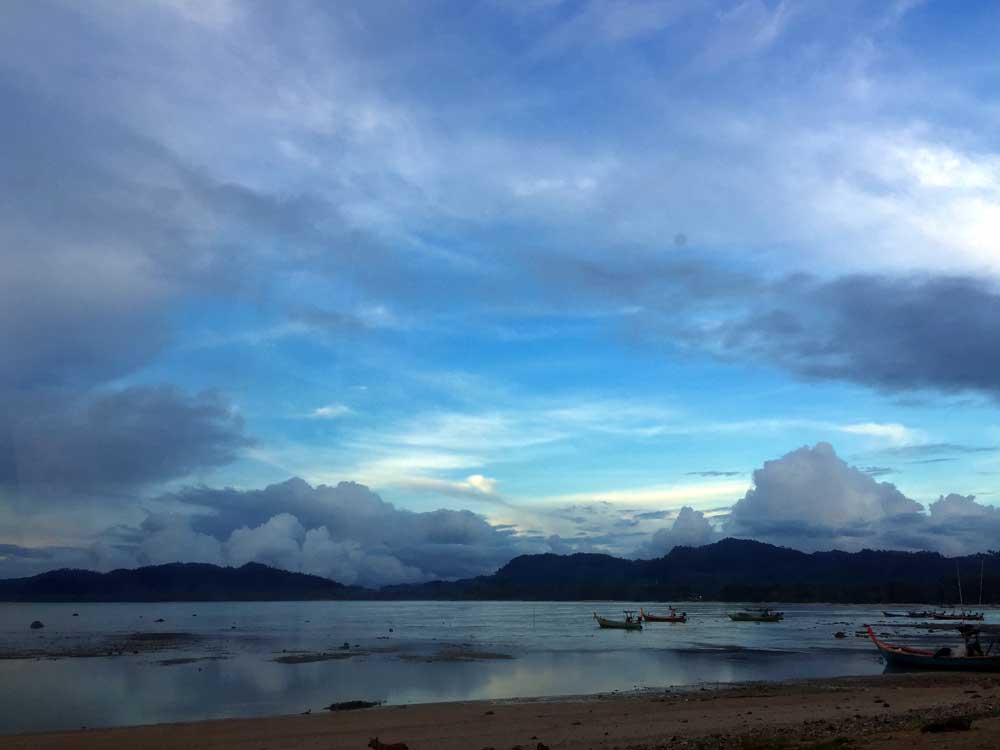 Posted at 23:40h in Weather by Auric 0 Comments
0 Likes
Share

Heading into the last week of June and the low season weather in Khao Lak has not been too bad, so far. Sure there has been some rainy days, only to be expected during the rainy season after all.

Yet to be experienced is one of the bigger storms that can hit Khao Lak at this time of year. The type that floods the roads, brings down trees and knocks out the power. Could we be leading up to something here? Find out more as we round up the Khao Lak weather from 22nd to 28th June 2019.

It had rained during the night, the morning was damp but still fresh and cool. The now typical view after a rainy night greeted Khao Lak. Clearer, bluer skies out towards the sea and darker lower clouds to the North and surrounding the hills to the East. The morning was fairly bright but dark clouds remained, dotted around the sky. A breeze made the temperature feel somewhat cooler. The afternoon warmed more leading to a nice hot, balmy evening with the rain still holding off.

Once again there was some rainfall at night time, like yesterday the day starting cooler. The sky was brighter though, the cloud cover much higher. Patches of blue sky gave hope for a pleasant Saturday. This wasn’t to be the case. Gradually the sky became greyer and greyer and the first few splatters of rain fell at 1:30pm. Just a short shower before a dry spell up to 3:00pm, overcast and cloudy. At 5:30pm it started to rain heavily, easing slightly at 6:00pm before hit again with a vengeance. Thunder and lightening engulfed Khao Lak. Though lightening was overhead the power remained on. By 7:00pm the thunder could be heard much further away as the evening settled into a steady drizzle. On and off showers through the evening with some harder rain at 11:00pm. Half an hour later and thunder could be heard again.

Rain continued through the night and into the morning. Thunder and lightening could be seen and heard, near and further away. The electricity went off for a while. There was some minor flooding on Highway 4 which runs right through Khao Lak. The rivers we flowing at a much higher level. Khao Lak was shrouded by lots of low clouds. By 11:00am the rain was still falling, gradually easing into a persistent drizzle in the afternoon, finally stopping around 5:00pm. It remained overcast but dry into the evening. 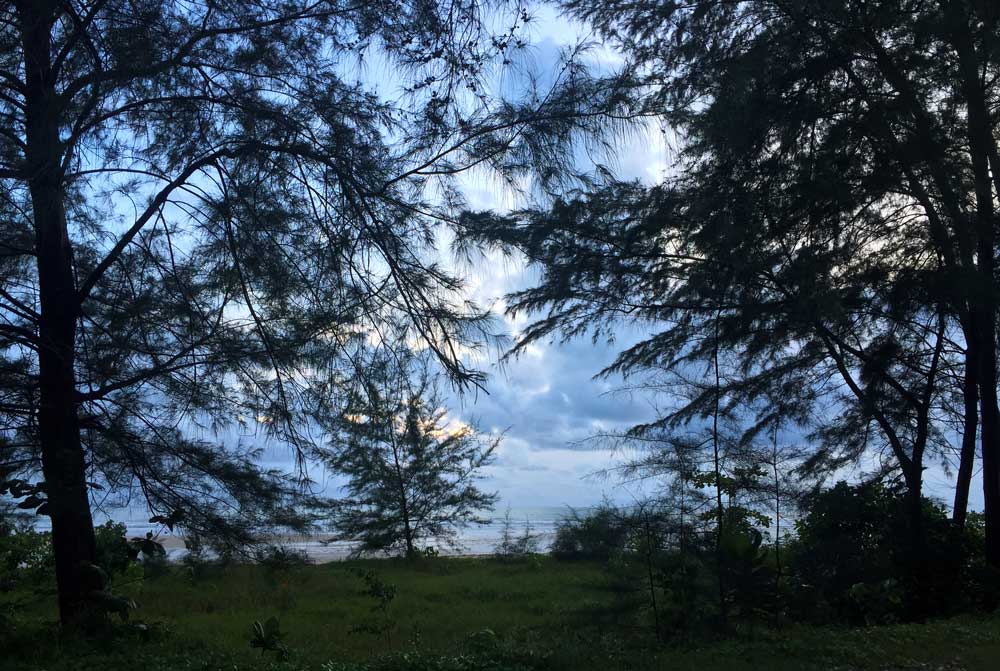 Cloudy but brighter skies after the storm

It seemed like the previous day’s storm had finally rained itself out, Monday morning starting bright and overcast. There were some low, dark clouds and higher, lighter clouds in the sky at 6:30am. By 8:00am it was brightening more but dark clouds remained out over the Andaman Sea. It remained overcast all morning with just a very brief splattering of rain despite low cloud cover. Checking the Khao Lak weather at 4:00pm the skies were a little brighter, brightening more into the evening. The sky was mixed white clouds against blue skies and dark, low rain clouds. The day in general was not too hot. It started to rain at 11:00pm.

7:30 in the morning and it was already raining hard, low clouds and quite breezy. The rain didn’t last long before stopping, but then it didn’t stop for long either. Within half an hour it was raining again. It looked like a cloudy, overcast day at best or continuing rainfall at worst. Rain showers persisted on and off during the morning, growing stronger around noon. The rain continued into the evening, getting quite heavy around 5:00pm. The rain stopped, drizzled then poured down. Plenty of rain variety today before stopping later in the evening.

It was a dry morning, grey but brightening. Well into the morning and no rain with the temperature warming up nicely. By midday the skies were bluer and the temperature nice and hot. It was a nice afternoon, blue skies with white fluffy clouds. It slowly clouded over and at 7:00pm there was brief, but heavy rainfall. There was the odd rain shower through the evening.

Low, dark clouds greeted the morning. Before 7:00am there was already the odd splatter of rain. The temperature was nice and cool. Gradually through the day it brightened nicely continuing into the evening. Nice and warm with blue skies.

It was an overcast, drab and cool start to the day. By 10:00am it had stayed dry though. The skies brightened over lunch and into the afternoon. Around 4:00pm it started to cloud over from the South. It stayed dry though, as the weather forecast had predicted.

So a storm hit mid week but it was not too strong after all. Minor flooding and some power outs is fairly tame for a storm in Khao Lak during the rainy season. All in all June was not a bad month weather wise. We have had much worse over the years. Heading into July what can we expect? The first week in July looks like it could be quite dry. If there is going to be some rain the it will possibly be mid week later in the day.

As Khao Lak readies for the low season’s version of peak time, it could be a nice warm welcome to our expected guests from Australia. Just remember if it does rain you can always stay indoors and watch some NRL or AFL games live on TV. Check out our guide here.